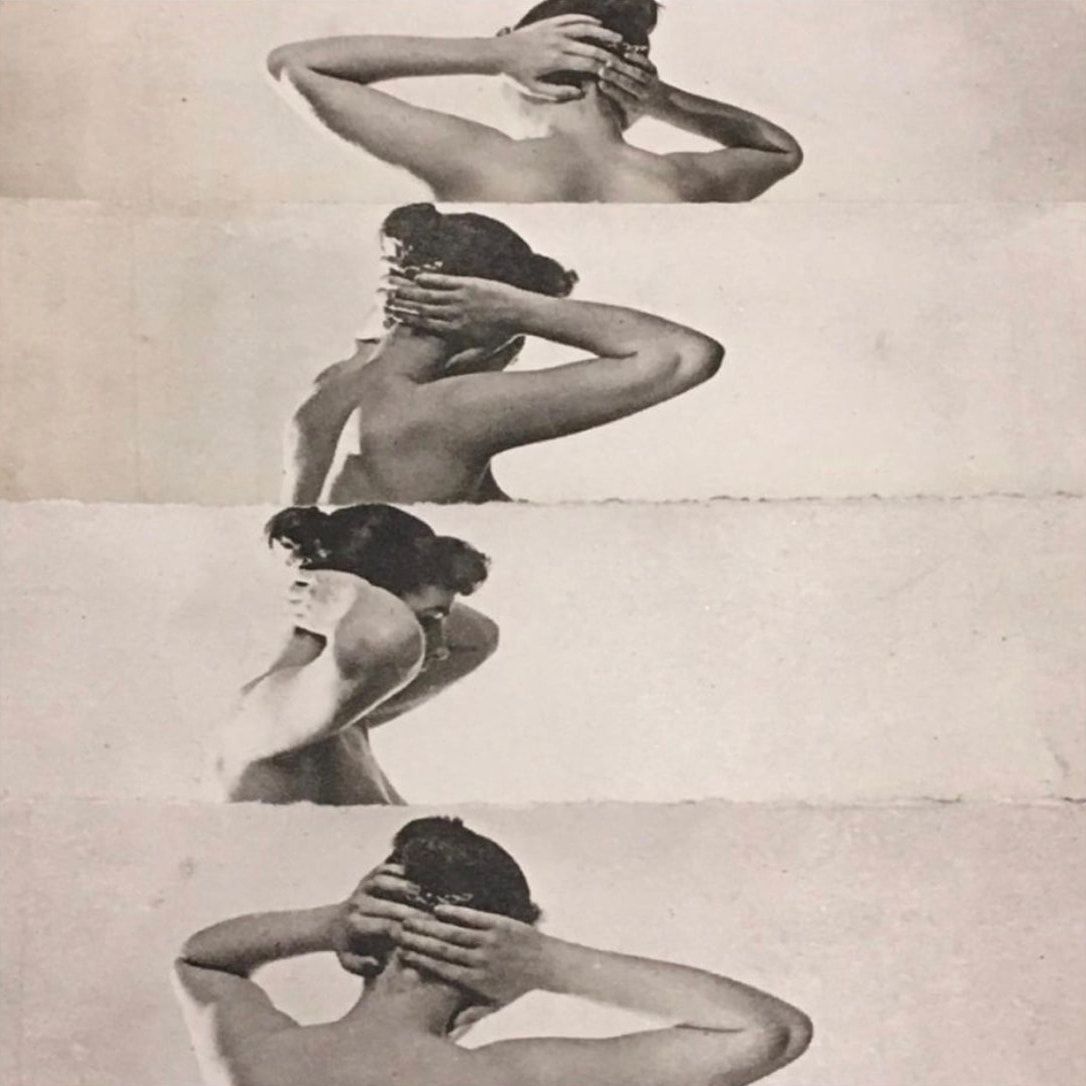 Sondra Meszaros explores counter narratives of female sexuality. Taking cues from feminist performance art and Dada, her work involves a constant archiving and re-presentation of collected reference materials. By using feminist and psychoanalytic lenses, she aims to disturb, renegotiate and reclaim the representation of women and the female figure in the history of image-making.

Sarah is a visual artist and researcher based in London. Her work investigates the intrinsic nature of materials, their arrangement and the impact of process and time on their structure, as well as the reinterpretation of “non-art objects” as “art objects”. She holds a bachelor’s degree in Classical Studies and a master’s degree in Human Rights.

Patty Struik is a visual artist, who initially worked under her own name, making photo works and installations, collages and books. Since 1993 she was mainly active under the brand name LaSalle, a partnership with Albert Goederond. Most of their work concerned large projects in the public domain. See: www.lasalle.nu.

Collecting things and especially images has been a constant factor during all the years of her artistic work. Initially, in binders and filing cabinets, and later digitally. She has built up a very large archive that is continuously expanded and catalogued. It functions as a lively thoughts- and idea-reservoir, used when there is an external demand for her work.

Typical of Struik’s choices and the overall look is an eclectic, ‘cross-over’ character, converging very different times and cultural influences.

Depending on the specific demand or situation, she makes sharp, highly subjective choices. And so out of this diversity arises an identifiable entity. For her it is also important that every image on his own is of high quality.

In recent years Struik works on books and collages again, and is sharing a selection of her collections actively on Facebook. She began presenting image compositions by using projections in space and in digital frames.

She also completed a research assignment, made a concept for a big presentation at the Dutch Keukenhof Castle, received commissions for the Rijnstate Hospital, X BANK and Duchess Amsterdam.

At present Struik is looking for more opportunities to (financially) exploit her archive.

Greg Sand is an artist who explores the issues of time and death. He produces work that addresses the nature of photography and its role in defining reality. Sand received his BFA in Photography from Austin Peay State University in 2008. He has received recognition from many jurors, including Chicago art dealer Catherine Edelman, Guggenheim Assistant Curator Ylinka Barotto, and acclaimed artists Shana and Robert ParkeHarrison. Sand currently produces work in Clarksville, Tennessee, and exhibits across the United States.

UK based curator, designer, and Art Director who uses research to define considered visual concepts for the creative and retail industries. She produces high quality image and film content, develop visually memorable campaigns that highlight brand qualities and narratives, curate content and exhibitions, and form creative and commercial partnerships with talented artists and collaborators. She’s been awarded for providing innovative solutions and proposing ideas that inspire others.

Founder of Just Friends Studio, a collaborative arts organisation, which publishes, designs, and creates conceptual work about the relationships most important to us.

Curator of exhibitions and photographic publications for Valentine Editions, a digital platform for case studies on photography and promoting the creative explorations of visionary humans.

Director of SERCHIA, a residential not-for-profit gallery in Bristol, UK celebrating ways of seeing and recognising artists whom make visible what would otherwise never be seen.